If you were used to Campaign object in good old Classic, you probably noticed that Advanced Setup for Campaigns button got missing in Lightning.

Just like you I have been desperately looking for this button and have been actively upvoting the corresponding idea on the Success community. Then by a happy accident, the missing button got found… Well, its replacement did.

Below is the full story.

If you were working with Campaign in Classic, chances are you’ve been using the “Advanced setup” button more than ones. In case, you are not familiar with its functionality – the button lets you add personalised statuses for Campaign members on Campaign per Campaign bases.

As a marketer one get to manage a variety of actions that each have a specific milestones = statuses. The Newsletter Campaign won’t require the same steps as an Event. And this is where the possibility to personalise Campaign Member statuses for a given Campaign comes in handy.

The set up in Classic was pretty straightforward.

When you switch to Lightning, you don’t find the same configuration to Campaign Setup. For this reason, many people think mistakenly that this feature wasn’t migrated to the Lightning.

What in fact happened is a little rebranding and change of scenery.  The feature was migrated to Lightning on the Spring 17 Release. It’s now accessible via the “Campaign Member Statuses” related list.

The thing is, this related list isn’t added to the Campaign Layout by default. Thus, first you need to add it: 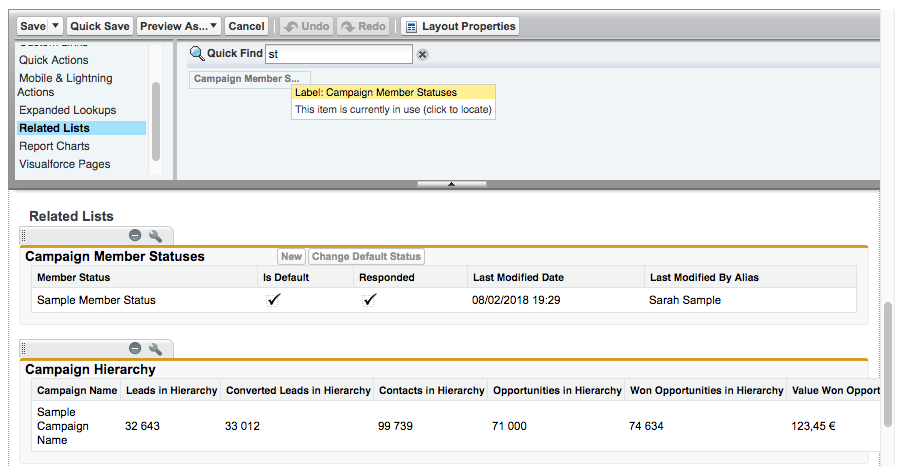 Now when you go back to the Campaign Detail page, you can add new statuses by using New button directly on the Campaign Member Statuses related list 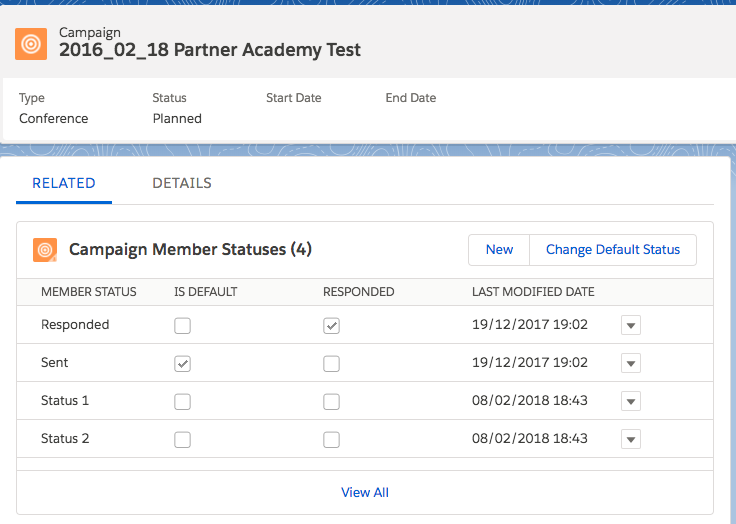