#QUOTE OF THE DAY

Go to Heaven for the climate, Hell for the company.  Mark Twain

DAILY OBJECTIVES
The morning started late and in a rush. I didn’t have to rush for the RUSH (ok, I stop with this one) and as I did went to bed veeery late yesterday I was planning on a late morning today (well, 42’s version of the late Sunday, which means sleep till 8h30). The problem was that at about 8h15 with one eye half-open I have suddenly remembered that I have a correction scheduled for 8h45… And late morning turned into a hectic one. And this post was made thanks to my recent addiction to Uber and due to my late night habits…
_START DOING: 0 entries (the geeks for “no inspiration)
_KEEP ON DOING: 0 entries (the geeks for “no inspiration)
_STOP DOING: 0 entries (the geeks for “no inspiration)
#EVENING (03:05)
_OVERALL:
Overall I find it more and more difficult to find something new and interesting to share with you. The week before and the first week in I had a trouble to fit all the eventS of the day in a reasonably sized post, and since 4 days now I find myself barely managing to produce 2 paragraphs of meaningful or interesting text.
When I did try to find the reason for myself I have come up with 2 possible causes.
1.For one, the first week was very new and every day was like 10 discoveries and 20 challenges to overcome. But as the time passes and I get into a certain mode, integrate the rules of the game and adapt to the overall process, it becomes somewhat repetitive and most of the things that still might be new and interesting for an outside reader slowly but surely more to the “normal” category on my end. And once they are there it’s hard to find what is there more to say about it.
2.For two, by today I did find myself surrounded by an amazing group of people that I can call friends in a relatively short period of time (and hopefully it’s mutual), so it’s now a big effort to make a choice in favour of writing versus spending time on the terrasse discussing life and enriching an already rich vocabulary of non-normative French lexicon and the 20 more way to make a sex-related jokes.
This said I think I might add more things once I read all this with fresh eyes 15 days from now and realise that there is a whole lot more of the great stuff that I forgot to talk about.
As for now the biggest highlight of the day (or a week rather) is just how fast you get attached to people during such a short period of time. And just how much I didn’t regret a single second having taken the vacations to be able to live this amazing experience. And just how much I miss it all in advance.
And with this, I realise that it’s 3 a.m. and I need to go to sleep right this second!!
_WORKTIME: 15h
_TOPIC:
MATCH-N-MATCH
No group project == all focus on the individual project + D05 + D06.
The project was quite a brain turn; once you get to the solution it seems to be very simple, but the process of getting there is kind of a Fawn Labyrinth (well, at least for me). Luckily enough, I have an amazing group of teachers. Speaking of which I will have to mention @Jack again, who got the second star as the “Best Peer-Profs” (on the top of his “hiding genius” label, which is more of a middle name really). And as it only happens at 42, today I was assigned to correct Jack on the d08 which is 3 days forward from where I am), so (surprise surprise) it did turn into a reverse mentoring session.
If I try to put it into words it was mire like: “Hello, Jack, can you please explain what you were supposed to do, how did you do it and what can be potentially wrong with your solution? And then I will just put OK for all the execs, cuz it will be at least 2 more days before I begin to understand what you will be talking about after I finish this long introduction…” And so the only comment I could leave at the end of the “evaluation” session was: “Dear Staff, if you happen to know where he found this genius brain of his, please post the address on the Slack #General channel.” So check the updates, I’m hopeful. 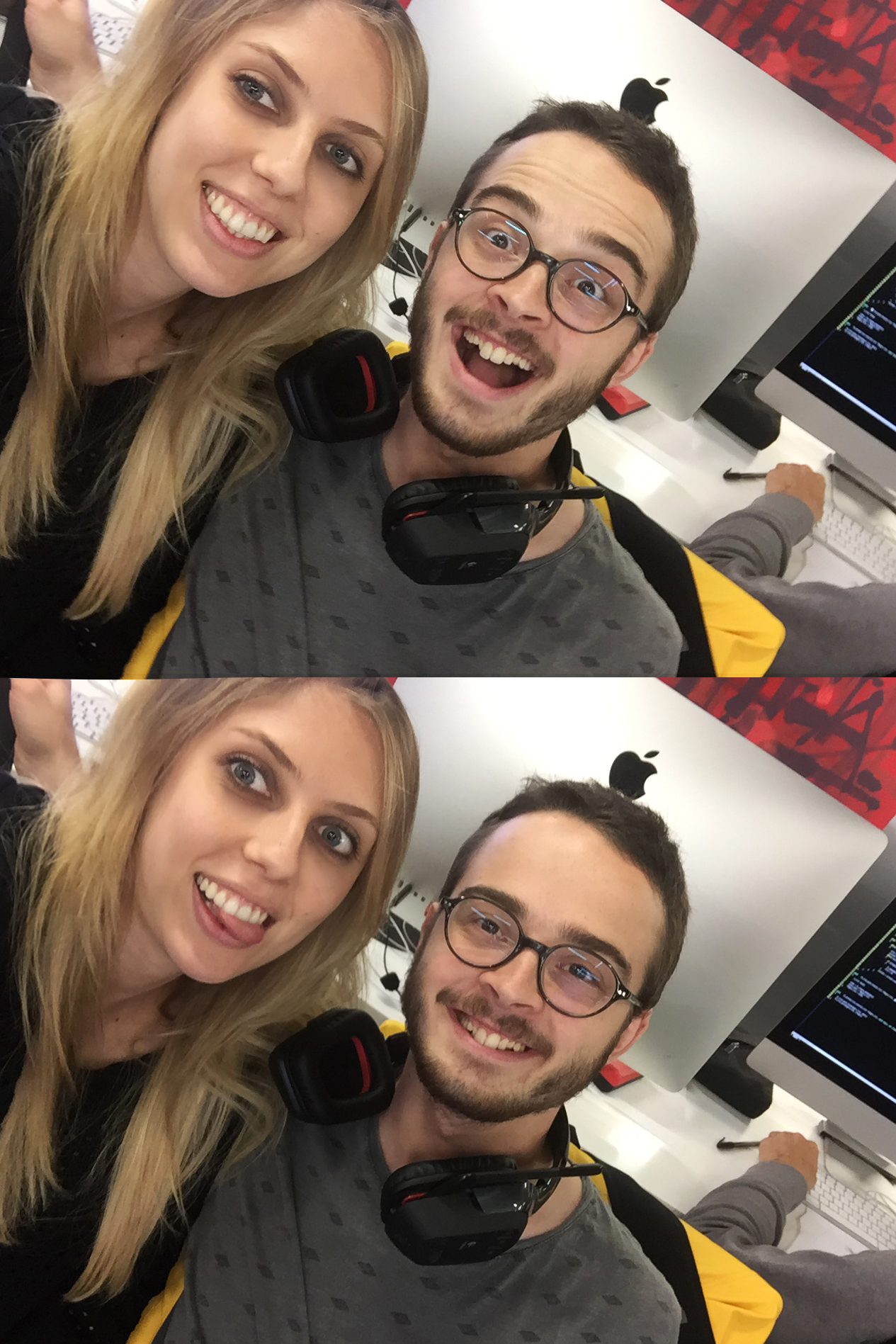