Note: in case you landed in here directly for some reason, here is the PART 1, and PART 2.

And as you might have guessed there is a PART 3, which I did call a USER MANUEL, or what you need to know before saying Hello 🙂
Au passage, I think it would be cool to have a mobile app that would store a similar set of instructions for each person you meet ,  would be so much easier to interact with each other haha 😂  😂 😂. . .  So I’m currently looking for a business partner to realise this ingenious idea, anyone?

To give you a sneak pick for what  IT DOES INCLUDE:
– I do have this “don’t approach” quality to my usual facial expression
– I do dress up, care about my hairstyle and manicure (even when going to the  coding school)
– I did read at least 20 000 pages of classic literature by the age of 15
– I do know how to play chess
– I do tend to give my opinion even when I’m not asked (basically, whenever I hear something to have an opinion about, I do)
– I do tend to consider that I’m right even if 10 people around think otherwise
– I do not give much importance to being politically correct

and what is more important, just because I’m Russian it DOES NOT NECESSARILY INCLUDE:
– I do NOT drink alcohol! (so please put your predictable vodka jokes on a shelve, or even lock in the old oak chest) (Yes, at all, or almost. The overall early consumption of alcohol should measure to be 3 litres of wine max because there are Birthdays, New Years and Michelin Restaurants that are still a part of my agenda)
– I do NOT like cold! And no, we don’t have the immune shot against it at the age of 2 (surprise surprise) (so please refer to the previous comment in parentheses regarding the jokes)
– I did NOT sit in the room with our government (aka Vladimir Putin) over the last political decisions, so please, spare me the judgemental attitude on any of those. I can tell you what I THINK about it, but I’m not much interested to hear WHY you think otherwise or/and how wrong and unethical those decisions were.   And before you ask, yes, I do like Russian president.
– I do NOT know all the French cultural references to understand your jokes even if I’m fluent in this language. So if I’m not laughing when you said something “funny” it’s not because I’m stupid, but because one of the two: either because of what I said just before (cultural references), or it’s just NOT funny (e.i. the joke didn’t meet a minimum criteria to be qualified as  a smart = it’s way too obvious = not funny), (and before you comment on this please refer to the previous section “I do tend to consider that I’m right even if 10 people around think otherwise”)

And I think the good finishing phrase to that list would be the one that I printed out at posted on the wall at my previous job . 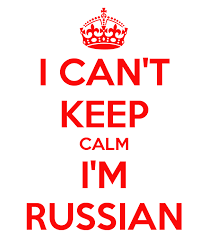 If you are still reading (deep respect to those who do haha) and want to know more, here are the 2 things you can do: